The death of George Floyd, and the video conveying the final eight minutes and forty six seconds of his life that went viral, is serving as a painful and poignant reminder that “racism is not getting worse; it’s getting filmed” – an observation shared by American actor Will Smith years ago which rings true in the context of these events. The images of George Floyd came on the heels of a video that captured Ahmaud Arbery being killed while jogging in his neighbourhood earlier this year.

The virality of these videos and the traumatic events they convey have served as the impetus for protests and demonstrations across North America, and around the world.  Their ubiquitous presence on social media and traditional media represents a source of trauma for communities who – in Canada and the United States alike – continue to face systemic racism, whether that be at the hands of authorities or the manner in which the global pandemic has exacerbated existing social imbalances.

These are but the latest cases that have captured the world’s attention. The individuals involved and their personal stories have been added to the numerous demands from minority communities who face injustice every day. Their stories have again shone a spotlight on the need to work across communities and borders to reform policy and build systems that instill confidence in those they are meant to protect. As we look at the world beyond the pandemic, there is an opportunity to envision a new generation of policies built upon understanding and inclusion.

As President & CEO of the Pierre Elliott Trudeau Foundation, I want to acknowledge the profound frustration, pain and anger that members of the Black community are feeling, and to reaffirm my and the Foundation’s deep-seated belief in equal value of human life and equitable human rights for all. We see and we hear your grief. We know that these are incredibly challenging times. Let’s care for ourselves and others, through compassion, allyship, and support. In this context, I want to take the opportunity to remind our community of the variety of mental health resources which we are making available to you.

Anti-racism is not merely active resistance to racism. It is a commitment to re-education and un-education of long-held ideas and beliefs that contribute to pervasive inequalities. As we have learned through our Future Forums in Canada and through engagements with members of our community, great research must not only serve a purpose, but it must also be responsive to new realities as well as ongoing unresolved issues— be they intellectual, social, cultural, technological, environmental or economic.

Over the last two years, the Foundation has reflected on two key questions: Why is it that some people are never at the table? What can we do to get them a seat at the table? Through the Foundation’s commitment to Inclusive Excellence and Engaged Leadership, the pillars at the heart of our Strategic Plan 2019-2024, we have sought to renew how leadership and excellence are defined, and in so doing, improved access to our scholarship recruitment process.

On behalf of the Pierre Elliott Trudeau Foundation, I remain committed to ensuring our organization continues to support your contributions to social change and dedicated to sharing the vision that leadership and excellence include a multiplicity of voices and a range of diverse backgrounds. To Black members of our community as well as Indigenous members whose communities are similarly affected, know that the Foundation community is standing with you. 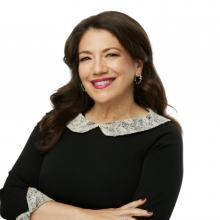