The response to the COVID-19 pandemic has exposed tensions between the need for bold public health measures and human rights such as freedom of movement and association, non-discrimination (with elder persons facing stricter restrictions to their freedom of movement), and privacy. While emergency measures always raise such tensions, this unprecedented situation is on a much broader, deeper scale. Have restrictions to human rights, in the context of COVID-19, been proportionate to the risks so far? Under the cover of public health, have vulnerable and marginalized people, including the elderly, refugees, migrants, homeless people, and religious and ethnic minority communities, been victimized or discriminated against? Has access to justice suffered? Digital tools that track and monitor the behaviour and movements of individuals, in order to help prevent the spread of the disease, also raise questions about whether they can be compatible with individuals’ right to privacy and with a free and democratic society more broadly.

This second webinar of the Emergence series, which will focus on Human Rights, will welcome panelists Margarida Garcia and Christian Nadeau, with closing remarks from Carlo Charles for the French portion, and The Right Honourable Beverley McLachlin and Mary Anne Chambers as panelists, with closing remarks from Robert Leckey for the English portion. While the series will be open to members of the general public as non-participatory attendees, the debrief session immediately following the discussion will be privately led by Scholars. 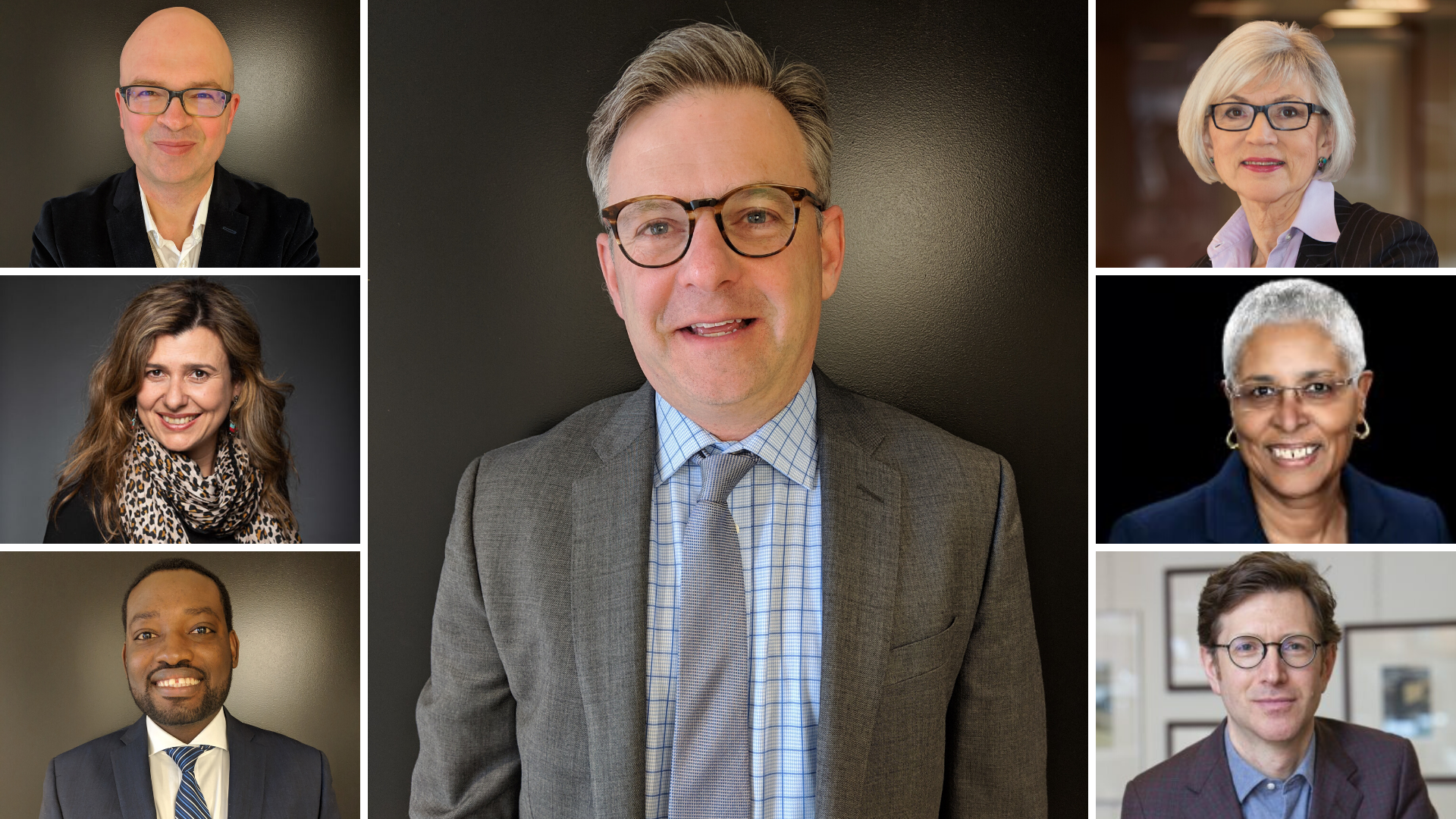 2019 Mentor and Host  - Robert Steiner is Director of the Dalla Lana Fellowship in Global Journalism at the Dalla Lana School of Public Health Sciences at the University of Toronto. His career in journalism included writing as a global finance correspondent for The Wall Street Journal with postings in New York, Hong Kong and Tokyo. He has won two Overseas Press Club awards, the Inter-American Press Association Award, and was a finalist for the Pulitzer Prize. Robert Steiner received his MBA from the Wharton School of Business at the University of Pennsylvania, after which he worked as a business strategy executive. He has also served in a number of strategic positions in Canadian politics.

2019 Fellow and French panelist  -  Christian Nadeau teaches contemporary moral and political philosophy in the Department of Philosophy at the Université de Montréal. He authored many articles and books on democracy and social justice. An advocate for social justice and democracy, he regularly takes part in public debates in the media. He has been president of the Ligue des droits et libertés du Québec since 2015.

2004 Scholar and French panelist - Margarida Garcia is Vice-Dean, Research and Communications at the University of Ottawa and Professor in the Civil Law section of the Faculty of Law. She is also a professor at the Faculty of Social Sciences. She is interested in the themes of leadership, innovation and obstacles to innovation in law reform (with emphasis in the areas of criminal law and human rights), and institutional change.

2019 Scholar and French commentator  -  Carlo Handy Charles has used his current Ph.D. research on the socio-cultural and political integration of landed immigrants, refugees, and asylum seekers to contribute to public debates on how border closures, in response to COVID-19, have raised concerns about the legal status, human rights, and dignity of many temporary foreign residents. He has also used his expertise on race and ethnicity to address the intersection of race, health inequalities, and justice during the pandemic.

2020 Mentor and English panelist  -  The Right Honourable Beverley McLachlin is a former Justice of the Supreme Court of Canada and served as Chief Justice from 2000 to 2017. Among other commitments, she currently works for better access to justice as President of the National Action Committee on Access to Justice. In an article she wrote in the Lawyers Daily, she recently called attention to the difficult lessons of the COVID-19 pandemic for the justice system and access to justice across Canada. Beverley McLachlin is a member of the Pierre Elliott Trudeau Foundation’s COVID-19 Impact Committee.

2018 Mentor and English panelist  -  A former Member of Provincial Parliament, Mary Anne Chambers served as Minister of Training, Colleges and Universities, and Minister of Children and Youth Services in the Government of Ontario. She is currently a Governor of Canada’s International Development Research Centre, a Senior Fellow at York University’s Glendon School of Public and International Affairs, and a Director of GraceKennedy Ltd.

2003 Scholar and English commentator  - Robert Leckey is Samuel Gale Professor and dean of the Faculty of Law at McGill University. His research lies at the intersection of family law and human rights, bearing on access to justice for LGBT communities and, more recently, Indigenous peoples.