“A Mentor for Life:” Andrea Marston and Jean Lebel on Mentorship at the Foundation

“I’m sure that other scholars feel the same way I do, about their own mentor,” says Andrea Marston. “But I really feel that mine’s the best.”

Andrea Marston was awarded a Pierre Elliott Trudeau Foundation scholarship in April 2014. Her scholarship application, written in the fall of 2013, states her career goals unequivocally: “My aim is to work as a university professor in a Canadian institution in order to relate community reactions to resource extraction in Latin America to those in Canada.” By the time the Foundation assigned Andrea a mentor, though, she had become curious about non-academic opportunities as well. And Jean Lebel responded whole-heartedly.

The moment that the Foundation emailed to pair him with Andrea, Jean kicked off the relationship by skyping Andrea in Bolivia, where she was doing fieldwork, to discuss her expectations and what he might contribute. Andrea’s first request was immediate: to help her publish an op-ed on Bolivia’s referendum in the Toronto Star or The Globe and Mail. As Jean probed further, though, it became evident that the audience Andrea wanted to reach was elsewhere.

A few drafts later, mission accomplished: Andrea’s first op-ed, published in Embassy – the periodical of choice for many of Canada’s politicians, diplomats, political staff and spin doctors – in February 2016.

Now that Andrea’s name was on the Ottawa radar, the next step was to introduce Andrea to contacts who could help her think about empirical problems in her field from different perspectives. As the president of the International Development Research Centre (IDRC) – a Canadian Crown corporation that funds research in developing countries to reduce poverty and promote growth – Jean set up a two-day curriculum of meetings with actors from Global Affairs Canada, the International Institute for Sustainable Development, the Mining Association of Canada, the Prospectors and Developers Association of Canada, and the Canadian subsidiary of an international producer of nickel, zinc, aluminum, and steel.

“It was the most incredible experience,” says Andrea. “I had told Jean that I was interested in learning more about foreign affairs, and he set up meetings with some of the most knowledgeable people he could find. A lot of mentors don’t think of their role in that way: they cultivate a one-on-one relationship with their mentees. But Jean took advantage of the latitude offered to him by the Foundation. He wanted to make it into a didactic mentorship, and that’s what he did.”

But Jean wasn’t satisfied. In November 2017, another two days of meetings followed, this time with the former head of the Canadian International Development Agency and with key individuals at the University of Ottawa, the Ministry of International Development, and the Global Centre for Pluralism. Some of the people Andrea met with advised her on career options; others forwarded her CV. One institution brought her on board its Bolivian research team. Andrea also spent a few hours shadowing Jean at the IDRC.

Two months later, Andrea is working hard on her dissertation and still intends applying for academic jobs. But Jean’s mentorship showed her that working on research and policy – what she calls a “dual reality”— can be possible, too. That’s where she sees her future.

And Jean’s future as a mentor?

“I told Andrea at our last meeting that even though my official mentorship period is now over, a mentor is a mentor for life,” says Jean. “Andrea’s dissertation is not my business – although you can be sure that I will start hounding her to finish it soon! – but anytime she wants to think through a problem with me, I am here.”

What Jean doesn’t mention is how many times he had “been here” for other scholars, too. From accepting “book-a-mentor” appointments with five or six scholars at the Foundation’s last Summer Institute, to hosting scholars’ workshops and Foundation meetings at the offices of IDRC, Jean is never shy to offer his help.

And somehow that seems to be just what the Foundation – and its scholars – needs most. 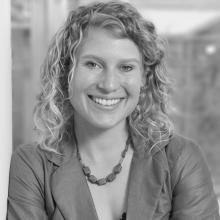 Andrea is analyzing the emergence of the cooperative mining sector as one of Bolivia's most politically influential social forces.
More about Andrea Marston 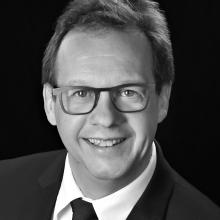