Language, Culture and Identity: Spotlight on the 2021 Fellows

In the course of the Foundation’s three-year Scientific Cycle Language, Culture and Identity, 2021 Fellows will contribute their unique experience and outlook to develop a leadership curriculum that fosters conversations and debates on critical issues that face the next generation of Canadian leaders and public intellectuals.

Dr. Williams has worked for decades as an educator and language specialist. Her work involves the discovery, preservation, and promotion of Indigenous languages as well as the effort to explain, have recognized and use Indigenous ways of knowing, or knowledge. Dr. Williams has written extensively on these subjects and travelled the world to speak about her struggles and her accomplishments.

"Ways that Indigenous peoples transmit and transfer their knowledge and  wisdom through varied and multiple practices generally have not been  accepted in the world of academia and school education. Professionals  such as teachers, professors, lawyers, linguists, health-care providers,  anthropologists, historians, archaeologists, all professions educated  in every discipline, lack knowledge about Indigenous peoples from  Indigenous perspectives. What people might know about Indigenous  people is from a Euro-Western perspective and Indigenous knowledge  is filtered through a Euro-Western lens. Indigenous peoples portray and act their knowledge rather than explaining it in a disconnected, abstract  process. Our knowledge is slowly finding a place in academia due to  the efforts of Indigenous scholars in all disciplines and the adoption  of the recommendations of the Truth and Reconciliation Commission  (2015) and Canada’s endorsement of the United Nations Declaration of Indigenous People (2016)"

Listen to Dr. Williams discuss her work on this podcast with Perry Bellegarde or watch her presentation at UNESCO for an overview about the significance of the Year of Indigenous Languages and the many obstacles to language preservation.

Stéphanie Chouinard makes it her priority to follow the experience of Canada’s Official Language groups—English and French—and how they experience language policy when they are in a minority situation or a majority situation. Professor Chouinard has published her work in major media outlets and specialized journals. At the same time she continues to teach and conduct research into Official Languages policy, Canadian federalism and the system of justice, at Royal Military College and Queen’s University in Kingston, Ontario.

Excerpt from her column in L’actualité  on the Bill to renew the Charte de la langue française au Québec:

"The preamble to the bill even recognizes that Quebec has a special responsibility towards Francophone communities in the rest of the country. In addition, students from these communities are offered access to post-secondary education at the same price as Quebecers if they enroll in French-language programs not offered in their home province. This act of generosity is a double-edged sword: many French-language post-secondary institutions outside Quebec, such as the Université de Moncton, rely on a regional, rather than a provincial, student base. Increased competition, due to the advantageous tuition fees of Quebec universities and CEGEPs, could be seen as unfair. In sum, Bill 96 certainly has the merit of refreshing the Charter of the French Language, which no government in Quebec has done in 25 years, even if the measures announced to strengthen French lack teeth in the eyes of some. However, the scope of this reform goes far beyond Bill 101. It remains to be seen whether Quebec has, constitutionally speaking, the means to achieve its ambitions."

Listen to Stéphanie Chouinard talk about what motivates her interest in politics in this interview with Radio-Canada or read her latest article in Policy Magazine about Quebec’s impact on constitutional and electoral politics.

As a legal assistant to the Ontario Court of Appeal and the Supreme Court of Canada, and in his practice as a lawyer, François Larocque has been a privileged witness to many legal cases that have marked the reality of Francophone life in minority communities, especially in Ontario. He continues to participate in efforts to obtain the full participation of minority language communities in Canadian life, in their own language.

"The last major overhaul was in 1988, 19 years after the first Act. It's been more than 32 years since the Official Languages Act was significantly revised. The time has come! The government could introduce a bill to launch the debate and allow things to be added, including lessons learned from COVID-19 on language rights."

Listen to François Larocque talk about his latest project in this interview with Radio-Canada or read his blog about legal proceedings on linguistic rights before Canadian courts. 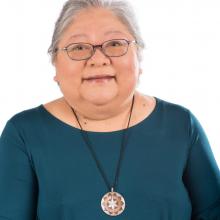 Dr. Lorna Wanosts’a7 Williams is the first director of the University of Victoria's Indigenous education program
More about Lorna Williams 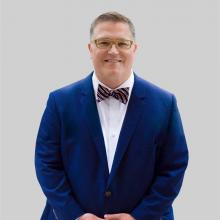 François Larocque is professor of Law at the University of Ottawa and has published in the areas of philosophy of law, Canadian legal history,…
More about François Larocque 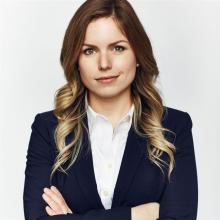