"The deck is stacked against us," declared Colten Boushie’s relatives from Saskatchewan’s Red Pheasant First Nation after the jury selection process left Boushie’s accused killer facing trial without a single Indigenous juror. In an opinion piece published in The Globe and Mail on 30 January 2018, Kent Roach denounced the enduring unfairness of the jury selection process in Canada. The fact that jury selection is subject to peremptory challenges by the accused and the prosecutor is no less than “a stone-cold invitation for jury selection to be infected by conscious or unconscious racist stereotypes,” Roach asserted. Reform must come, he concluded, although it will come too late for justice to be done in the Boushie case.

Kent Roach is a 2013 Trudeau fellow and a professor of law at the University of Toronto. Read his article here. 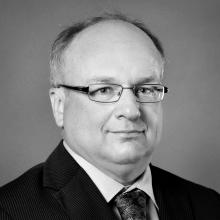 A specialist in constitutional law and human rights advocate, Professor Roach has made his mark through work on security certificates in the wake of…
More about Kent Roach