Since Canada’s medical assistance in dying law received royal assent in June 2016, more than 2000 people have died with the help of a doctor. However, the ambiguity of the law’s eligibility criterion – requiring that “natural death has become reasonably foreseeable” – has come under considerable criticism. In an article published on 23 April 2018 by The Conversation Canada, 2015 Foundation fellow Jocelyn Downie and co-author Jennifer Chandler claimed that individuals “with grievous and irremediable conditions causing intolerable suffering” needed more clarity on the legislation’s meaning and implementation. Only in Nova Scotia have physicians and surgeons successfully clarified the “reasonably foreseeable” criterion; Downie and Chandler urged that regulators and health professionals in Canada as a whole now follow Nova Scotia’s lead in order to “serve and protect the public interest.”

Jocelyn Downie is a 2015 Foundation fellow and a professor in the Faculties of Law and Medicine at Dalhousie University. Read her article here. 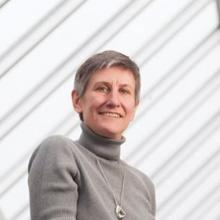