Reflections on COP26 – by Kowan O’Keefe

Last week, I had the privilege of attending COP26 in Glasgow, Scotland. Unfortunately, the pandemic made COP26 feel very different from previous COPs I have attended. The host U.K. government asserted that despite rigorous COVID-19 protocols, COP26 would be “the most inclusive COP ever.” Sadly, this was not the case, as many delegates from the Global South were unable to attend this year because of insufficient access to COVID-19 vaccines in their home countries. The unequal access to vaccines among the world’s nations creates an additional and needless barrier to the U.N. Climate Change Conference serving as a space for inclusive dialogue on arguably the world’s toughest challenge. Given that countries in the Global South have done the least to cause climate change and often face the most severe impacts, global vaccine inequity is yet another hurdle to equitable climate action.

A prominent theme at COP26 was the American delegation’s announcement that they are back after four years of retreat from the world stage on climate change. Of course, many around the world are now more skeptical of the integrity of climate change commitments from the United States federal government—and rightfully so. However, some of the focus at the U.S. Center at COP26 was on how state and local governments helped keep the country on track to achieve its emissions reduction targets in the absence of leadership from the previous administration. On the first day of COP26, representatives from the American delegation—including former Mayor of New York City Michael Bloomberg, White House National Climate Advisor Gina McCarthy, and Governor of New Mexico Michelle Lujan Grisham—all echoed key findings from a recent report titled America Is All In. This report provides a blueprint for how America can achieve its 2030 emissions reduction target through policy actions at all levels of government. As one of the authors of this report, I found it exciting to see the impact it is having on policy development in the United States. 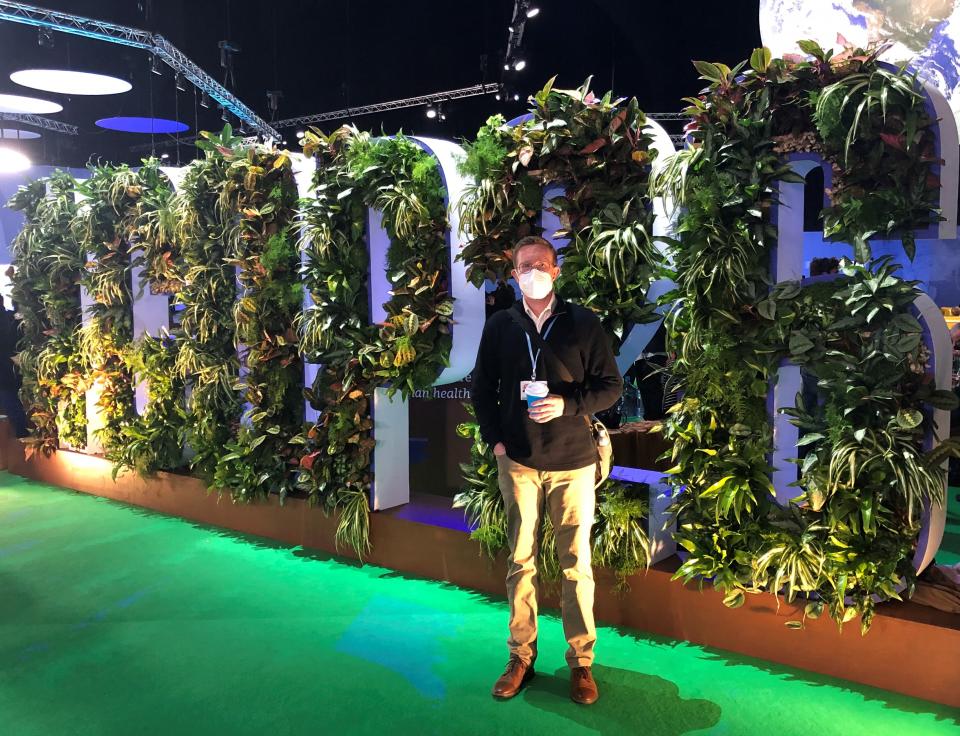 Throughout my time in Glasgow, I had the opportunity to engage with a wide range of perspectives on climate change policy in Canada, including those of First Nations communities and non-governmental organizations. I also heard from many representatives of the Canadian delegation, including Minister of Natural Resources Jonathan Wilkinson and Premier of Québec François Legault. In my research, I seek to understand the benefits and trade-offs of different pathways through which Canada can achieve net-zero greenhouse gas emissions economy-wide by 2050. Speaking with people from Canada and around the world at COP26 has provided me with vital context for my dissertation research. I was particularly intrigued by the candour of the discussion regarding challenges to achieving net-zero emissions goals, as these are central to my work.

A personal highlight of attending COP26 was the opportunity to talk with two climate leaders who I have looked up to for a long time. One was former U.S. Vice President Al Gore, whose documentary film An Inconvenient Truth first got me interested in climate change when I was fourteen years old. The second was former Green Party Leader Elizabeth May, who has long been a strong voice for climate action in Canada. 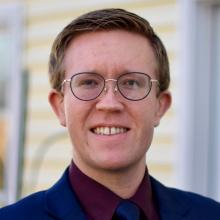 Kowan O’Keefe, born and raised in Kamloops, B.C., is currently a second-year PhD student in the School of Public Policy at the University of Maryland…
More about Kowan O’Keefe