Major effects of the COVID-19 pandemic have fallen disproportionately on women, as indicated by the increased rates of domestic violence, consequences of the “she-cession,” unequal burden of childcare and homeschooling, to mention a few examples. Women belonging to groups already marginalized in Canada may be suffering more than the norm.

Members of the Pierre Elliott Trudeau Foundation community, Meaghan Thumath (Scholar 2015) and Sophie Pierre (Mentor 2017),  highlight another  consequence of the pandemic in  their recently published peer-reviewed paper, “Overdose among mothers: the association between child removal and unintentional drug overdose in a longitudinal cohort of marginalized women in Canada,”(M. Thumath et al., 2020).

The forcible separation of a child from its mother is undeniably traumatic for both parties, but until now there has been little peer-reviewed literature on how such policies impact maternal health.

In their paper, Meaghan Thumath, Sophie Pierre, and fellow researchers, found that women who have a child removed experience higher rates of overdose and that these rates are highest among Indigenous women. These findings are pertinent in the context of the pandemic, since more women are refused access to their children during custody investigations to limit contagion.

According to this study, “child custody removal increased the odds of non-fatal overdose by 55% for all women and doubled the odds for Indigenous women after controlling for other factors” (M. Thumath et al., 2020).

The findings of this paper come as the mental health toll of the pandemic is increasing the number of Canadians turning to drugs and alcohol  to cope with stress, as indicated in a recent report published by the federal government (CBC, Oct 28 2020).  With restrictions on gatherings, those coping in such a way are typically doing so alone, thereby decreasing the chance of intervention in cases of overdose. Further, Thumath notes, “COVID-19 has also increased the toxicity of the drug supply, making overdoses more fatal.”

It was not mere happenstance that two Alumni members of the Foundation reunited for  this timely and ground-breaking research: Sophie Pierre mentored Meaghan Thumath through  the Foundation’s Mentorship Program.

“I’m eternally grateful to the Foundation for supporting my doctoral journey and introducing me to my brilliant mentor, Sophie Pierre whose wisdom and guidance really strengthened the policy impact of my thesis,” says Meaghan. “Her thoughtful commentary has shaped the way I think in ways that are immeasurable and has helped me stay focused on the women and the children we serve.”

Pierre Elliott Trudeau Foundation Mentors play a key role as leadership trainers, guides, and advisors to our Scholars – PhD candidates in the humanities and social sciences whose work relates to at least one of the Foundation’s Four Themes: Human Rights and Dignity, Responsible Citizenship, Canada and the World, and People and their Natural Environment. (For more information, visit our Mentorship page here and Scholarship here)

Meaghan Thumath is a 2015 Pierre Elliott Trudeau Foundation Scholar, a clinical assistant professor at the University of British Columbia (UBC) School of Nursing, a registered nurse (RN), and holds clinician scientist affiliations with the Centre for Gender and Sexual Health Equity (CGSHE) and the Women’s Health Research Institute (WHRI). She is currently deployed as part of the World Health Organization (WHO) COVID-19 response in South Africa.

Sophie Pierre is an accomplished Indigenous leader and 2017 Pierre Elliott Trudeau Foundation Mentor. She is the former Chief of ʔaq'am, of the Ktunaxa Nation (previously known as the St. Mary’s Indian Band) as well as the former chief commissioner of the British Columbia Treaty Commission, and now spends her time as an elder adviser to her community and to the Ktunaxa Nation. 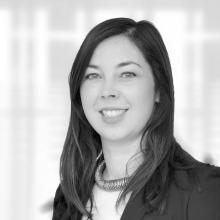 A global health nurse and policy maker, Meaghan is a Trudeau Scholar at the University of Oxford’s Centre for Evidence Based Intervention (CEBI)…
More about Meaghan Thumath 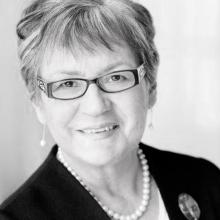