Israel was primarily founded on the idea of refuge. Yet Tel Aviv routinely labels Eritrean and Sudanese migrants that enter Israel from Egypt as “infiltrators”, while Benjamin Netanyahu is suspected of having contracted a secret agreement with Paul Kagame to send thousands of Eritreans and Sudanese to Rwanda. In an opinion piece published in The Globe and Mail on 14 February 2018, René Provost denounced the “tragic irony” of Israel’s handling of refugee flows. Not only must Israel do more, but so must Canada, he asserted. Whether Eritrean, Sudanese, or Syrian, vulnerable individuals and communities deserve safety and help from countries like Israel and Canada, which must imperatively uphold their non-refoulement obligations under the international refugee regime. René Provost is a 2015 Trudeau fellow and professor of law at McGill University. Read his article here. 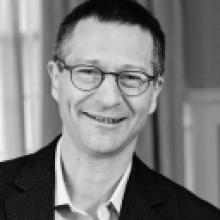