On 26 March 2018 in Le Devoir, eight professors, researchers, and lawyers denounced (French only) the comments of Patrick Beauchesne, Quebec’s deputy minister of the environment, who declared on 6 February that it would be problematic for environmental assessments to take Indigenous knowledge and scientific evidence equally into account. The eight signatories to the letter, including 2003 and 2004 Foundation scholars Sophie Thériault and Margarida Garcia, protested Quebec’s “counter-productive,” “reductive,” and “offensive” discourse on traditional Indigenous knowledge.

Margarida Garcia is a 2004 Foundation scholar and an assistant professor in the Civil Law section of the Faculty of Law and the Department of Criminology at the University of Ottawa.

Jean Leclair is a 2013 Foundation fellow and a professor of constitutional law and legal history at Université de Montréal.

Sophie Thériault is a 2003 Foundation scholar and an associate professor in the Civil Law section of the University of Ottawa, where she teaches Aboriginal law, environmental law, and constitutional law. 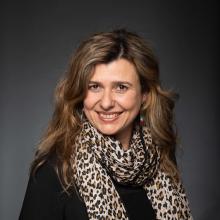 Vice-Dean, Research and Communications, and Professor in the Civil Law section of the Faculty of Law, University of Ottawa
More about Margarida Garcia

Recognized as the foremost expert of federalism in Canada, he turns a critical eye on the political relationships between peoples and governments and…
More about Jean Leclair 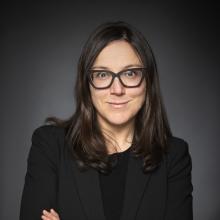