Lisa Kerr: A Promising Ruling Against Solitary Confinement in B.C.

Until recently, Canadian judges’ apprehension of prison administrators’ work was characterized by a “hands-off” doctrine. This allowed government officials to downplay the persistence of solitary confinement and segregation in prisons.  By ruling against Correctional Service Canada on 17 January 2018, the British Columbia Supreme Court relegated decades of conventional practice to the past. “The decision is a tour de force on the history of the penitentiary and the practice and effects of solitary confinement, in Canada and internationally,” commented Lisa Kerr in an opinion piece published in The Globe and Mail.

Lisa Kerr is a 2012 Trudeau scholar and an assistant professor of law at Queen’s University. 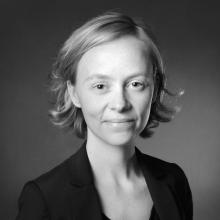 Dr. Lisa Kerr, JD (UBC), LLM, JSD (New York University) is Assistant Professor at Queen's University, where she is the Director of the Criminal…
More about Lisa Kerr