On 17 April 2018, the Israel Prison Service announced it would no longer keep transgender inmates in isolation. The new policy was announced after Doreen Bilia, a transgender woman who had been kept in isolation at a men’s prison, petitioned Israel’s High Court of Justice. The same day, an article published in Haaretz (an Israeli newspaper) cited 2016 Foundation scholar Ido Katri noting that while the policy represented an “impressive achievement” for “the people who most need our protection,” it failed to abolish invasive body searches and transgender detainees’ isolation for five days upon arrival. As long as the prison service continues to emphasize gender affirmation and inmates’ genitalia, said Katri, more reform is needed. Katri was later featured in a University of Toronto News article documenting his work to reform trans rights in Israel.

Ido Katri is a 2016 Foundation scholar and a doctoral candidate at the University of Toronto’s Faculty of Law. Read the Haaretz article here and the UofT News article here. 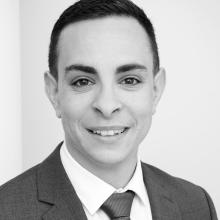 Ido Katri (law, University of Toronto) is proposing an approach to promoting gender self-determination that accounts for the diversity of…
More about Ido Katri