The Honorable Louis LeBel: The Pandemic, Equality and Social Triage

The pandemic triggered by COVID-19 has posed uniquely fundamental questions about the nature of equality among members of our society and their right to equal treatment. Beyond the legal rhetoric and refinement of our methods of interpretation, the pandemic has confronted us with the phenomenon of social triage.

We have avoided the triage that took place at the entrances of hospitals overwhelmed by waves of patients. That type of social sorting took different forms, often on the basis of age, social origin or standard of living. In our country, hospital staff did not have to determine who would live and who would be condemned to death.

Our triage functioned differently. In Quebec and other provinces, it was based on age first. This was certainly not deliberate. It was, however, at least in part, the effect of well-established social practices in how we manage the lives of the older segments of our population.

Elsewhere, social triage resulted from phenomena of real inequality. For example, it took place within specific neighborhoods in some large cities, like Montreal North. There, work conditions, population density and the quality of housing had decisive effects in creating an involuntary but effective system of social triage. These factors magnified the risks of COVID-19 and minimised the possibility of avoiding disease and death. Legal equality exists among the citizens, but it is not true equality.

This unplanned system of social sorting illustrates the power of real inequality. It bears witness to the ongoing challenges we face in giving substance and validity to social rights, and it sheds light on the limits of the law and judicial processes. 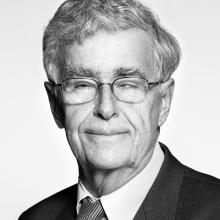 Former Supreme Court of Canada judge Louis LeBel is known for an intellectual curiosity that goes beyond law to encompass economics, politics,…
More about Louis LeBel
Report a typo