The Foundation’s Future: About To Find Out

2018 will be a transition year at the Pierre Elliott Trudeau Foundation. A new president will take the reins; new staff will arrive; the organization will undergo a five-year review. I asked a few thoughtful members of the Foundation what they see as the priorities for this period in the Foundation’s evolution.

Clarify our values. For Sarah Kamal, 2007 scholar and scholarship program officer at the Foundation from October 2017 to April 2018, this is a time for reflection. Speaking from her unique perspective as a former scholar and former staff, Sarah advocates a period of regrouping to redefine the Foundation’s fundamental values.

“I’d like to see a professionally facilitated reflection, drawing on as many people as want to join,” Sarah said. “Fifteen years after the Foundation’s first cohort of scholars, I’d like us to get clear again on what we’re doing and why. Where do we want to go? What do we want to accomplish? Does it make sense to run a futures project – an exercise to imagine how the Foundation should be positioned if Idle No More were to resurge, if the country elected a highly divisive and unpredictable leader? The time to redefine ourselves is now.”

Reconnect with our community. Aaron Mills, 2015 scholar, resonated with Sarah’s recommendation of a visioning exercise. “I sense a growing disconnect between the more recent cohorts of scholars and fellows, on one hand, and the Foundation’s sense of itself as an institution, on the other. The disconnect relates to how the Foundation seeks to take smart people’s contributions out of the academy and into public life. It strikes me that a growing proportion of our community think it important to challenge power in different sites: not just in classic liberal state institutions and international governance mechanisms, but just as importantly, in less formal sites, too. In other words, they think that change happens in a multiplicity of ways, not only in a firmly entrenched institutional one.”

What does this have to do with a visioning exercise? “It’s my feeling that if the Foundation were willing to engage in this inquiry – to truly open itself to exploring different ways that power works, for example in our events – it would really get our community excited,” explained Aaron. “That kind of cutting-edge self-questioning would be received as a real strength. And it would help redefine us at what I think is an important turning point.”

“One of the ways we can do this, is to make sure that each of the Foundation’s cohorts is diverse. I have been struck by how much scholars value their cohort: they treasure what they learn across disciplines and cultures, just within that 15-person group of peers. We know that networks are critical to influencing public policy. So it’s important that each of the Foundation’s cohorts be as diverse and as representative of Canada as we can make them.”

Marie also recommended more leadership on skills training. “I was surprised by the number of scholars who are nervous dealing with the media,” she remarked. “The Foundation has dealt with this as optional training, but it’s actually an essential skill. We should make it a core component of the Foundation’s activities over a scholar’s life-course.”

Prioritize inclusive excellence. I also met with Mélanie Millette, alumna scholar and president of the Foundation’s alumni society, and Adelle Blackett, 2016 fellow. They echoed Marie Wilson’s words on the importance of diversity. “Contributing to public policy, helping to define Canada’s place in the world – Foundation members can best fulfill these aspects of the Foundation’s mission if they evolve in a microcosm that reflects Canada’s diversity,” said Adelle. “We should question our selection criteria continually, to foster inclusive excellence. Do we often reproduce the same profiles, or do we allow ourselves to be surprised?” Melanie, who is a director on the Foundation’s Board, advocated for greater diversity at the governance level as well. “Gender parity among directors is a Board priority,” she noted. “But I’d like to see other kinds of diversity too: political diversity, language, Indigenous people, visible minorities – let’s get closer to the Canada of today.”

What would greater diversity mean for the Foundation’s visibility? Melanie suspects it would make the Foundation better known in different communities. But public visibility is a lesser concern. “I’m less worried about scholars and fellows identifying themselves in the media as Foundation members than I am about our effecting social change. Our priority should be on enabling Foundation members to improve social conditions – not just by influencing public policy, but through education and community work, too. That’s why I have been glad to see the Foundation interacting more deeply with local communities during the summer institutes. Slowly, we are building a legacy that will flourish in the months and years to come.”

Champion deep thinking. As a fellow, Adelle sees the Foundation’s legacy flourishing in a different area. “It’s easy to overlook the impact of the Foundation’s fellowships,” she said. “But when the Foundation awards a fellowship, it supports an entire microcosm: the field of the fellow’s research, the students that support that research, the organizations and networks with which the fellow interacts. That kind of validation can change the arc of an entire field. It also influences the fellow’s colleagues and the university administration.”

Reflecting further, Adelle came back to Sarah’s suggestions. “This is a crucial moment in history for those of us who value democratic institutions. Perhaps it’s time for the Foundation to step back and ask how, in a nonpartisan organization like ours, we foster deep thinking and engagement on the relationship between participatory democracy, equality, and social justice.” Melanie agreed. “Now more than ever, the Foundation needs to look for ways to put democracy on a sounder and more stable foundation. What do we need to rekindle citizens’ belief in the potential of democracy? Maybe we should look less to the law, and more at questions of emotions and influence. Perhaps we need to appoint more philosophers and sociologists. Those kinds of questions could be transformative.”

What now? Transformation, deep questioning, inclusive excellence – two days before this article went to press, I asked the Foundation’s incoming president and chief executive officer for her reaction to these suggestions. Pascale Fournier’s appointment had been announced the week before.

“I am tremendously excited to see these innovative suggestions,” Pascale told me. “My vision of the Foundation is one of public intellectual leadership and I want to insist on the special role that it can play in actively leading and developing future intellectual leaders. As Sarah said, the Foundation has reached its 15th year: the time is ripe to ask who we are and where we are going. What makes us unique and how can we do better? Where can we add real value? What does it mean to be a true leader?”

“That’s why my first priority upon assuming office on July 30th will be to reach out to our many stakeholders—current and past scholars, fellows, and mentors; universities; members, employees, and directors; donors; and others—to develop a five-year strategic plan,” Pascale continued. “I envision an intensive consultation with individuals and focus groups from coast to coast to coast to discuss our vision, identify our needs, and outline our objectives and our expectations.”

Here is where Pascale came to Marie’s, Adelle’s, and Melanie’s points about diversity. “It’s easy to surround yourself with people who look like you. But we grow most when we are in uncomfortable positions, when we have no choice but to stretch our boundaries. We could learn a lot by penetrating the structures of people who differ from us, for example. If we want to develop deep leadership, we are going to have to talk about power relations. And that will mean opening ourselves to new ways of knowing, new ways of evaluating excellence. It will mean diversity at a much deeper and more challenging level.”

“This is a unique moment in Canada’s history,” Pascale remarked. “The Truth and Reconciliation Commission of Canada calls on us to rethink our structures, our relation to the earth, our relation to other humans — our very assumptions about knowledge and truth. Like Aaron said, let’s open ourselves to exploring different ways that power works. On a concrete level, this might mean asking ourselves what it means to compare the publication lists of scholarship applicants whose community engagement varies wildly, or how we define engaged scholarship among potential fellows. This will come clear as we ask fundamental questions. For now, the essential thing is that we use a bottom-up approach, listen really carefully, and establish clear objectives that reflect who we are.”

Pascale is right, of course: there is a time in the life of any person or organization when pausing to ask fundamental questions is the wisest course of action. These Foundation members seem to agree that asking such questions from an ever more representative community could give us greater momentum and enhance the Foundation’s transformative potential in Canadian society – not only in academia, but beyond. It looks like we might soon find out. 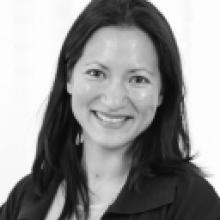 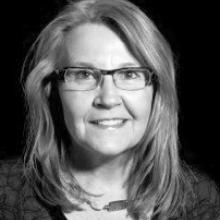 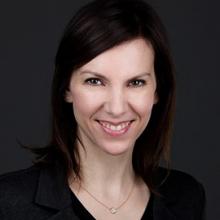 Mélanie is analyzing how social media can provide visibility and legitimacy to minority or marginalized groups.
More about Mélanie Millette 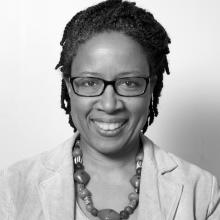 Drawing on her scholarship on and advocacy for social justice, notably domestic and migrant workers' rights, Professor Adelle Blackett will…
More about Adelle Blackett