Rising Tides is a collection of short fiction, creative non-fiction, memoir and poetry addressing the past, present and future of climate change.

“Ice melt; sea level rise; catastrophic weather; flooding; drought; fire; infestation; species extinction and adaptation; water shortage and contamination; intensified social inequity, migration and cultural collapse. These are but some of the changes that are not only predicted for climate changing futures, but already part of our lives in Canada.”

The Pierre Elliott Trudeau Foundation community is well-represented in an impressive list of contributors including:

Catriona Sandilands is a professor in the Faculty of Environmental Studies at York University, where she has taught since 1994. Her research, graduate supervision, and teaching lie at the intersections of environmental literature, history, and cultural studies; feminist, gender, and queer studies; and social and political theory. 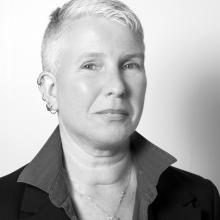