August 19, 2020, marks the eleventh year of World Humanitarian Day, a day dedicated to paying special tribute to real-life heroes who commit their lives toward helping others in extreme circumstances around the world. This year, amid the COVID-19 pandemic, community and humanitarian organizations are being called upon more than ever before.

The significance of this day particularly resonates with Diala Lteif, a 2018 Pierre Elliott Trudeau Foundation Scholar and a native of Beirut, Lebanon, in light of the deadly explosions that took place on August 4, 2020. According to Diala Lteif, whose doctoral research focuses on conflict-induced displacement in Beirut, the impact of the destruction from an urban perspective is—simply put—catastrophic.

“The loss of the port is in and of itself a major issue since Lebanon relies on import for most of its essential goods. Within the residential areas, primarily Mar Mikhael, Geitawi, Gemayzeh and Karantina (which is the neighbourhood I study), the impact has to be assessed differently. First, the explosion has led to the major destruction of hundreds of historical heritage buildings, a huge cultural loss for the country. Second, and most importantly, an estimated 80,000 homes have become unliveable and many more businesses inoperable, causing the displacement of over 300,000 individuals and/or the loss of their main source of income.”

When asked if the recent events in Lebanon have confirmed the results of her research pertaining to the refugee neighbourhood in Beirut, Karantina, Diala Lteif said:

“The current relief response has, sadly, further confirmed my research on Karantina. Home to a lower-income working-class population, the neighbourhood has been disproportionately affected by the destruction, yet somehow practically absent in media coverage and aid dispatch. Historically, the neighbourhood has been consistently marginalized and segregated from the rest of the city, and the current crisis response comes to show how deeply entrenched these politics of marginalization truly are.”

In an article recently published in the Toronto Star, Diala Lteif  explains in detail the history of marginalization in this neighbourhood. It dates to the end of the First World War and became more pronounced in the 1960s.

According to Diala Lteif, the explosion serves as additional proof of the rampant corruption among the ruling elite in Lebanon. She urges all donations and aid to be funnelled through trusted community partners.

“I certainly recommend that Canadians who wish to donate go through those trusted channels. That said, I also urge both the Canadian government and individual allies to focus on long-term reconstruction funds rather than short-term relief. Now that most of the initial clean up and relief has been provided it is important to focus on an equitable and sustainable reconstruction plan, one that will stretch beyond the immediate urgency of the current situation.”

Despite the explosion in Beirut, the popular uprising, the changes in government, the worst economic crisis in its history, and all against the backdrop of the COVID-19 pandemic, Diala Lteif remains positive and hopeful for her country:

“Although the situation is currently very grim, this could also be a moment of possibilities and active rebuilding. The most important accomplishment is perhaps the anger this catastrophe has generated, and rightfully so, amongst the people in Lebanon. In the past few days, we’ve seen the revival of the Lebanese October Revolution. People have taken to the street angry, fed up and demanding justice. I believe in anger. Anger can be the fuel of real revolutionary movements.”

United Nations International Days are occasions to educate the public on issues of concern, to mobilize political will and resources to address global problems, and to celebrate and reinforce the achievements of humanity. 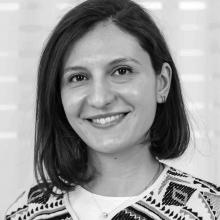