On behalf of the Pierre Elliott Trudeau Foundation, our Board of Directors, and our Members, we wish to acknowledge our gratitude to the Honourable William G. Davis. 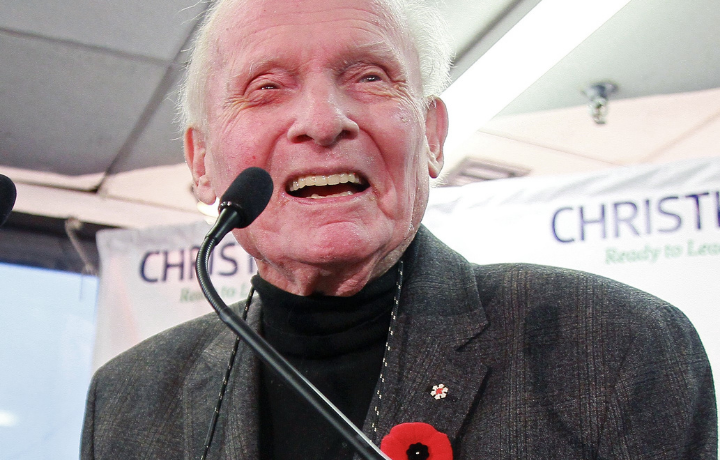 As a founding member of the Board of the Foundation since its inception in 2002 to 2013 and as a continuing Member until his recent passing, William G. Davis contributed to building the Foundation into what it is still today – an apolitical organization that welcomes and promotes diversity of perspectives in all its fields of activity and within its community.

The Honourable Bill Davis was always convinced – and he was very convincing – that in order to advance and better understand the world around us, it is crucial to respect the diversity of perspectives and never underestimate the beliefs of those who think differently from us. He offered the Foundation all his experience, wisdom, and vision, and passed on his passion and his principles brilliantly and generously to our community, with the eloquence and determination for which he was widely known.

Respecting a diversity of perspectives and people is a principle we strive to apply and promote within our engaged leadership program, and one that is at the heart of our Code of Community Engagement. Not always easy, but so wise. Bill Davis was a tough adversary yet was respected by adversaries of all stripes, as is confirmed by the testimonials that have been pouring in since Sunday. This balance demonstrates that great leaders are those who can listen and understand, knowing that true democracy can only work if we welcome and celebrate differences.

Pierre Elliott Trudeau recognized his determination and his contribution to his province and country and valued his collaboration. We wish to publicly salute William Davis’s steadfast commitment to the Foundation and the role he played in its activities. We wish to extend our most sincere condolences to his family and friends. Thank you to the Honourable Bill Davis.

Edward Johnson, O.C., Chair of the Board of Directors 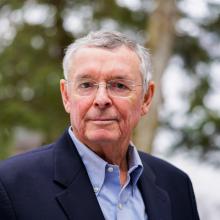 Chair of the Board and founding member of the Foundation, he joined Power Corporation of Canada in Montreal as Secretary in 1985 and in 1987 became…
More about Edward Johnson 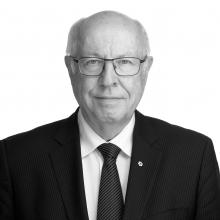 Chair of the Members
More about John English